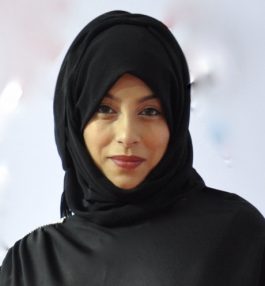 Khalfan has been managing her family’s businesses for nearly 20 years and is recognised as a role model for women entrepreneurs. She is a popular panellist and mentor, and has been invited to share her insights on work/life balance alongside leading women including Carolina Herrara and Ariana Huffington.

She has also had the honour of ringing the opening and closing bell at the NASDAQ, the world second largest stock market.

A business of quality

Born and raised in Queens, New York, she moved to Tanzania at the age of 18. Tanzania was the birthplace of her parents, Aunali and Shirin Khalfan, who had established Plaques by Azra and named the company after her.

Spending six years in Africa and becoming a mother completely changed her perspective on life. Upon her return to the USA, she pursued her education in business, first at the Queens Borough Community College and then at the College of Old Westbury.

In 2013, after receiving a MicroLoan from ACCION, Khalfan was introduced to the Tory Burch Foundation. Through their partnership with Goldman Sachs, she was accepted onto the 10,000 Small Business Program.

Khalfan and her mother have been featured as the cover story for Azizah Magazine, which highlights achievements of Muslim women around the world. Khalfan’s success has also been showcased in a triple feature on The Story Exchange, an online media outlet shining a spotlight on women entrepreneurs.

She was selected by Tory Burch to share her views as a leader on Work/Life Balance alongside Clinton, Arianna Huffington, fashion designer Carolina Herrera and other prominent female leaders. The book, Tory Burch:IN COLOR, became a NY Times bestselling book.

In 2014, Khalfan led the Islamic Invocation for a luncheon hosted by the National Minority Supplier Development Council and has been awarded its prestigious MBE Catalyst Award in 2016.

This year she has been selected to be part of a Muslim Professional Retreat for international leaders and Influencers. She will be attending classes this fall at Dartmouth’s Tuck School of Business as part of a scholarship she earned earlier this year.

While running the businesses, Khalfan has travelled extensively, volunteered abroad and worked closely with not-for-profit organisations whose missions she is passionate about. Some of the missions were in Iraq (Child Aid International), Pakistan (CDRS) and Tanzania.

She has been involved with community fundraising (Comfort Aid International) and awareness towards assisting orphans, widows, empowerment through education and building wells. She served on the Board of TPNY, a charity advocating for victims of domestic violence.