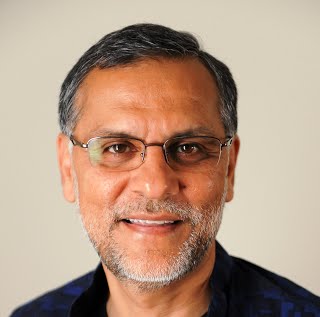 Mohamed Jawad Khaki is an entrepreneur, investor, technologist, community volunteer and a philanthropist.

His goals are bold and inspirational. Khaki envisions an America that, with its rich tapestry of pluralism, incorporating all ethnicities and religions, inspires not only those just within its borders but all those who inhabit our planet.

In the tech sphere he led development of operating systems, networking and cloud computing software from 1979-2015 and was a 20-year Microsoft Corporation veteran.

He was appointed honorary professor by Beijing University of Post and Telecommunications in 2003 and in 2012 was conferred with an Honorary Doctorate of Technology from University of East London in the UK.

Khaki is presently exploring how technology can improve access and raise standards of education.

A native of Tanzania, he has been active since the age of 13 as a volunteer for various roles at non-profit organizations in Africa, Asia, Europe and now in the Greater Seattle area in the USA. It was there that he helped establish the Ithna‐asheri Muslim Association of the Northwest (IMAN) in 1997 and served as its President until 2011.

“I wanted to see the work I was doing be important in other people’s lives,” he has said.

He was recognised nationally with the Walter Cronkite Faith and Freedom Award by the Interfaith Alliance Foundation in 2003 and has been a speaker at the Parliament of the World’s Religions.

Helping the most vulnerable

Khaki and his wife Kaniz have established the Khaki Foundation, which focuses on helping the most vulnerable members of society with essential needs and educational endeavours to alleviate poverty and suffering. It supports organisations around the world who help it pursue its mission.

In 2016 it helped publish and distribute to about 3,000 mosques and about 3,000 churches, synagogues and other interfaith partners throughout the United States 100,000 copies of brochures to deal with Islamophobia, radicalisation and extremism and youth.

It supports projects in the USA, UK, Tanzania, Pakistan, India, Ghana and Afghanistan.

Khaki’s mantra is bringing unity through action and he is an advocate of hands-on philanthropy.