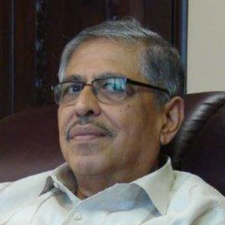 Mohammed Jaffer has built a $1 billion business empire in four decades from an initial investment of just $200.

He is the founder of MJ Group, owner of Africa’s largest grain terminalat the Port of Mombasa in Kenya. The Group is also the country’s largest provider of cargo handling services and specialises in port development projects.

Its reach spans two continents. Itowns several more cargo handling terminals and container freight stations in Kenya, Uganda and the United States, as well as LPG (liquefied petroleum gas) terminals and a grain terminal in Louisiana in the US.

Jaffer’s success at exporting his expertise overseas and his international mindset have elevated him to the ranks of Africa’s highest-achieving tycoons. In 2000, he was honoured by the former President of Kenya Daniel T. Arap Moi with the prestigious Order of the Burning Spear, and in 2012 by former President Mwai Kibaki with the rank of Elder of the Order of the Burning Spear (E.B.S.).

His global outlook befits the great grandson of Jaffer Dewji, one of the pioneers who emigrated from India to East Africa in 1860. These traders included the first bankers to His Majesty King George V and founder members of Kenya National Chamber of Commerce.

An alumnus of John Hopkins University, college of Business Administration in Baltimore, his business journey began in 1976 when he borrowed $200 from a friend to open a timber yard in Mombasa. He then tried his hand at a pallet business, which was soon exporting to Jeddah, Muscat, Eden and Kuwait.

In 1992, he was granted a government licence (after ten years of persistence) to establish the Group’s flagship project — Grain Bulk Handlers Limited (GBHL). This revolutionised the handling of bulk dry bulk commodities at the Port of Mombasa and Jaffer’s innovationsattracted financial support from the World Bank.

He has now handed over the running of his companies to his children, and says: “I am grateful to God that he gave me a healthy life up to my advanced age. Youth should take over from elders. Elders must have faith in the youth. They are our future. I tell upcoming entrepreneurs that there is no shortcut to success. You can’t make it without hard work, dedication, and being honest. The three give a solid foundation to business success.”

Jaffer retired to concentrate on helping the needy, after a track record of 30 years as a philanthropist. He is very active in the charitable sphere through his Jaffer Foundation Charitable Trust, of which he is Chairman and Trustee.

The Foundation has undertaken water, health and education projects to help change the lives of communities in coastal Kenya. Jaffer has been particularly touched by the fact that many people do not have access to safe drinking water. In Kilifi County, for instance, some villagers have to walk for a distance 20km to fetch water. He also supportseducation projects, housing projects and medical assistance worldwide.Furthermore, the Foundation donates $500,000 of food to less fortunate Kenyan Muslims during Ramadan.

Jaffer also has an exceptional roster of further charitable work: