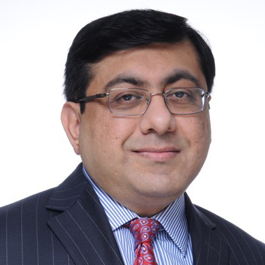 Shabbir Lakha qualified as a Barrister-at-Law (called to the Bar at Lincoln’s Inn) after obtaining an M.Phil. in Law at Queens’ College, University of Cambridge.

He is a highly experienced barrister with 25 years of litigation and trial work experience. He practises in London from a long established and well-reputed set of barristers’ chambers.

Shabbir has been regularly instructed to represent Local Authorities as well as private institutions in litigation matters. He has been involved in major litigation involving well-known multi national corporations. He has developed a considerable amount of experience in dealing with very complex and sensitive cases.

Shabbir has also played an important role in representing a Local Authority in a large group action involving over 1,000 claimants with several million pounds at stake.

He takes an interest in the UK anti terror laws. For instance he debated the previous Home Secretary at a conference in Cumberland Lodge Windsor, attended by leading specialists in the UK on terrorism matters.

For over 10 years, Shabbir served as a non-executive director of a national body, with particular interest in financial and corporate governance.

Shabbir played an instrumental role in obtaining, at first attempt, NGO status for the World Federation with the Economic and Social Council (ECOSOC) of the United Nations.

This was an endeavour over 3 years that entailed assessing documentation of all WF projects, marshalling the NGO application, navigating through the UN bureaucracy and lobbying in person, in New York, the various membercountries in ECOSOC.

Shabbir has run a pro bono legal surgery for 25 years at Hujjat Jamaat in Stanmore, by providing assistance in dealing with a range of legal matters, primarily to those who cannot afford access to legal services.

For over two decades he has assisted a number of K.S.I. Jamaats and individuals with their legal and communal challenges.

Shabbir was a member of the CoEJ constitutional review team. He was also a member of the Capital Projects Committee of Milton Keynes Jamaat (which at that stage successfully secured land adjacent to the current Jamaat property).

His inspiration for communal service was his late father Murtaza Ahmed Lakha and his mother Fatma Lakha, who also inspired his sister Sabira and brother Gulamabbas into a path of life long communal service.