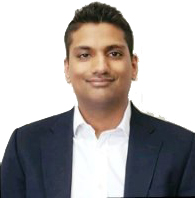 Shan E Abbas Hassam is a 32-year-old businessman from Birmingham, UK. He is the Group Managing Director of MSA Global Holdings Limited, a leading pharmaceutical group. The Group has interests in distribution and retail pharmacy in the United Kingdom, Germany, Uganda, Djibouti and Serbia.

He also spearheaded the exceptional rescue of 450 Khoja refugees from war-torn Yemen.

Hassam qualified from King’s College London with a 1st Class Honours Degree. He trained as a solicitor specialising in Mergers & Acquisitions at Gowlings LLP, an international law firm with over 1,400 legal professionals worldwide.

His entrepreneurial spirit then led him to set up his own business at the age of 25, focusing on pharmaceutical distribution. His energy and fervour has led to great growth with his business now operating in five countries. The company’s vision is to grow into a fully integrated pharmaceutical, veterinary and dental group (i.e. manufacturing, distribution and retail).

Hassam has been a dedicated community leader from his university years. He has led the COEJ Camp and served as an Executive Committee Member of the KSIMC of Birmingham. He first volunteered for The World Federation by raising funds through collections for humanitarian activities.

Hassam stepped down as Secretary General in 2015 to become Head of the Yemen Rescue & Re-settlement Core Team on recommendation of the Regional Federations.

He formed a high-calibre team which worked relentlessly over many months to successfully rescue over 450 community refugees from Yemen. They then worked tirelessly on re-settling them throughout the world. It is quite remarkable that at the age of 30 the community leadership trusted Hassam to form a team to lead this complex and landmark operation to completion, but testimony to his outstanding qualities.

Hassam was reappointed Secretary General of The World Federation in 2017. He serves as a Trustee on the British Muslim Charities Forum, working with leading British Muslim NGOs in building their capacity as well as advocating their excellent work.